How to Teach Fractions So Children Understand Them: 3 Tips for Success

Do you remember learning about fractions as an elementary school student?

You were probably in grade 3 when you took a closer look at fractions.
Unfortunately, many grade 3 students dread fractions because they view them as complicated, confusing and abstract. Was that how you experienced fractions? If it wasn’t, then count yourself lucky! For many children, fractions are a scary topic.
But, this doesn’t have to be the case.

Matific co-founders and members of the Matific Academic Board, Prof. Raz Kupferman and Shimon Schocken, envision a new way of teaching fractions that will enable kids to succeed in this topic (and even enjoy fractions!).

Here are three things you need to know about teaching fractions so children understand them:

When fractions become a major part of curriculums in grade 3, most children have had little previous experience exploring fractions.

Why haven’t children had the chance to get to know fractions? Because they aren’t a part of our everyday vocabulary.

Let’s contrast that with whole numbers. It’s a completely different story! By the time children arrive at kindergarten, they might already know how to count to 20.

Kupferman and Schocken noticed that “No one thinks that there is such a thing as “too much counting”. If children have just counted 3 beads, it is perfectly acceptable to have them count 3 fingers, 3 baseballs, or 3 cupcakes.” In other words, kids have plenty of opportunities to get to know whole numbers before they’re expected to do add, subtract, or do anything else with numbers.

Why not do the same for fractions? Young children can begin to understand fractions in the same way they start understanding whole numbers. All we have to do is talk to children about fractions.

How should you talk to children about fractions? That’s the next tip.

Talking about fractions helps children achieve an understanding of the subject before they study it more formally. The more interactive you get, the better! Remember, children learn by doing. Here are some possible scenarios, activities, and discussion opportunities to help introduce children to fractions:

Just like you would help a young child count objects, talk them through fractions. Provide them with the correct words to describe what they’re doing. For example, you might say “Great! You poured half of the juice into the jar. One half is in the jar and the other half is in the litre jug. How many halves are there?”
Then, have similar conversations over and over again to expose children to fractions as much as possible!

The key to success with fractions is relating them to real life. Unfortunately, this isn’t common practice in most curriculums.
Instead, children in grades 1 and 2 often get an introduction to fractions, but only in the context of geometry. Children are asked to color half a heart, half a circle, and half a triangle. Kupferman and Schocken argue that these sorts of activities are only interesting for so long. Kids (and teachers!) can easily grow bored of coloring worksheets. Plus, this use of fractions isn’t the only way students will see fractions in real-life situations.
Kupferman and Schocken suggest that fractions should be relevant to real life. For example, in one of Matific’s introductory fractions activities for grade 1, children must make a necklace in which half the beads are spotted. Aside from being fun and engaging, this activity also brings fractions to life in a new and real way! 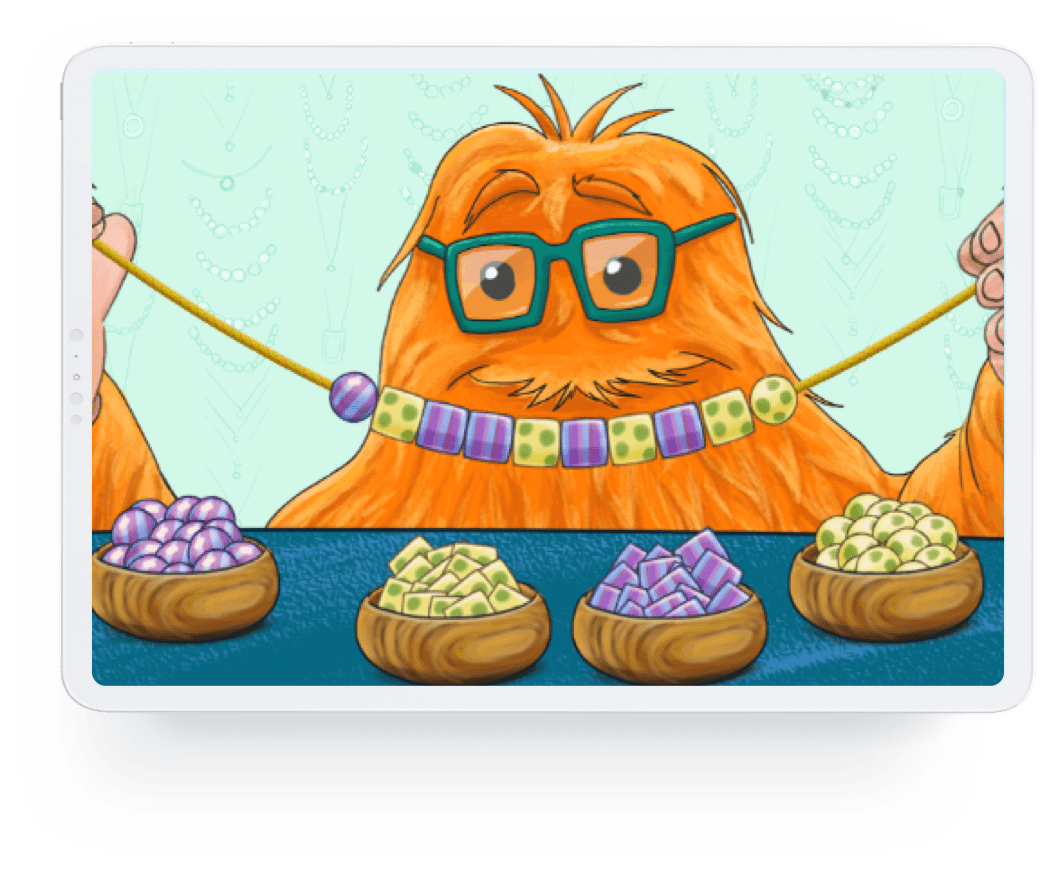 Teaching fractions so that kids understand them isn’t impossible. It just requires some legwork and preparation. By talking to children about fractions from an early age and offering real-life examples, children can truly succeed in this topic!

Do you have a tried and true method for making fractions come alive at home or in the classroom? We’d love to hear from you.